Beyond the MBA Classroom: Tailgating Parties at Ross 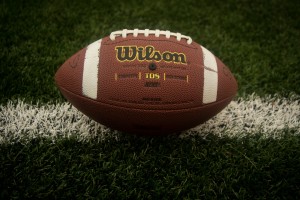 College football is big in Ann Arbor, and students at the University of Michigan Ross School of Business appear to enjoy the season with real fervor. Tailgates precede nearly every game, and some tailgate parties are even sponsored by corporations and serve as mini recruiting events. At these sponsored tailgates, corporate representatives—who are usually Michigan alumni—network with Ross students. And generally, the more important the game, the more senior the executives representing the sponsor company!

And while we are talking about football, we should also mention “The BUS”—an actual school bus painted to look like a Michigan football helmet that is owned by roughly 50 Ross students and has been passed down from class to class each year since the early 2000s. Originally conceived as a way to centralize tailgating for the Ross community, The BUS is present at every home game as well as at least one away game each season, serving as home base for spirited tailgate parties. Even the dean has been known to visit tailgates at The BUS—which has its own Facebook page! A first-year student with whom we spoke noted that “Bus tailgates at home football games” were not to be missed, saying they are “Lots of fun, and you get to hang out with the whole class.”

For in-depth descriptions of social and community activities at Michigan Ross and 15 other top MBA programs, check out the mbaMission Insider’s Guides.

Beyond the MBA Classroom

Previous Entry
mbaMission Consultant Spotlight: Rachel Beck
Next Entry
Diamonds in the Rough: Wisconsin School of Business at the University of Wisconsin-Madison