In this weekly series, our friends at MBA Career Coaches will be dispensing invaluable advice to help you actively manage your career. Topics include building your network, learning from mistakes and setbacks, perfecting your written communication, and mastering even the toughest interviews. 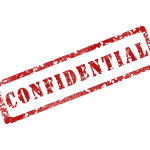 You know that everything you post/write online is basically permanent, right? Intellectually, you definitely understand that – we all do. And, yet, we witness thousands of embarrassments and scandals, large and small, that show us that little prevents us from taking big or even unwitting risks.

Many have probably forgotten or may have grown up after the “Chung is King,” emails went viral in 2001, but since then there have been dozens of disasters large and small, in virtually every field – politics, media, academia, etc. – to remind us to stop and think before pressing “send.” We have seen legislators become punchlines, a la Anthony Weiner, and renowned business people, such as venture capitalist, Tom Perkins, sully their reputations. (Perkins penned a letter to the Wall Street Journal equating persecution of the 1% to the persecution of Jews at the hands of the Nazis). Of course, the list goes on an on and on. And still, we all think we are smarter than others and that our names won’t end up in the bright lights for the wrong reasons.

We are more accustomed to sharing our thoughts and lives these days, but here are a few things to keep in mind so that you don’t create a permanently detrimental record…

At this point, you may be worried about an Orwellian world that is watching you at every turn. Keep in mind that no one is goading you into pushing the limits. Just be reasonable about what and where you share your thoughts and pictures and you should be just fine.