B-School Chart of the Week: The Largest Business School Donations of the Year Thus Far

Having generous friends in high places pays off—especially for business schools. Successful alumni often return to their alma maters with notable gifts, and investors see growing opportunities in education. Whatever the case may be, 2015 has been an exceptional year so far in terms of sizable business school donations. In fact, three different business schools have received impressive $100M donations this year.

In April, the Rady Family Foundation donated $100M to the Rady School of Management at the University of California, San Diego, to help recruit and retain faculty and students, among other initiatives. Soon after, the UCLA Anderson School of Management received a $100M gift from longtime supporter Marion Anderson, widow of the school’s namesake, in May, which will be split between an endowment for financial aid, faculty stipends, and research and the construction of a new building on campus. Then in June, former New York City Mayor Michael Bloomberg generously gifted $100M to the new Cornell Tech, home of the one-year tech MBA program, to construct the first academic building on campus. The university subsequently announced that the building will be named The Bloomberg Center. 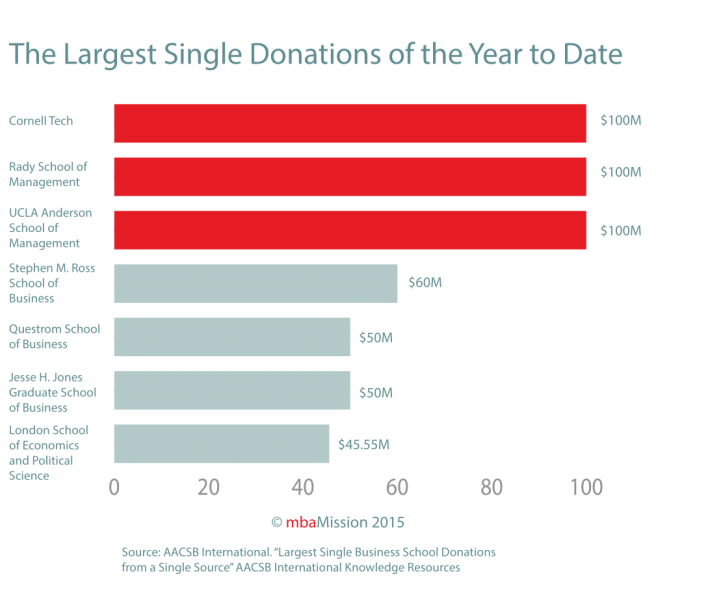