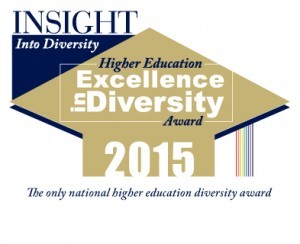 The University of Michigan Ross School of Business is a recipient of the 2015 Higher Education Excellence in Diversity Award, the school announced last week. The honor, bestowed by INSIGHT Into Diversity magazine, was awarded to 92 schools in total this year—with Michigan Ross the sole business school recipient. The magazine noted the school’s continuous push for diversity through such efforts as its newly launched Office for Diversity and Inclusion as well as its diversity-focused, student-led conferences and groups.

Michigan Ross Dean Alison Blake-Davis is undoubtedly pleased with the recognition: “As a business school, it is our responsibility to educate future leaders to recognize the value of diversity for its powerful impact on the bottom line as well as on creating a positive work culture,” she commented in the announcement. For a complete list of award recipients, visit the INSIGHT Into Diversity Web site.

Previous Entry
Friday Factoid: Wharton for Consulting
Next Entry
MBA Admissions Myths Destroyed: You Need a 750 to Get In!