Perennially ranked among the top business schools in the world, the Wharton School of the University of Pennsylvania—as its original name, the Wharton School of Finance and Commerce, indicates—is best known for its reputation in finance, which is still the school’s largest department. However, if you are interested in a career in consulting but believe that Wharton is the program of choice for future investment bankers only… well, think again! 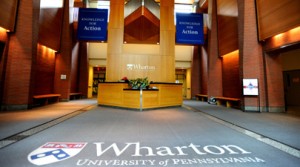 Check out these five facts about consulting at Wharton:

For more information on UPenn Wharton or 15 other leading MBA programs, check out the mbaMission Insider’s Guides.

Previous Entry
Diamonds in the Rough: The University of Notre Dame Mendoza College of Business
Next Entry
MBA News: Michigan Ross the Only Business School to Receive Prestigious Diversity Award