In this weekly series, our friends at MBA Career Coaches will be dispensing invaluable advice to help you actively manage your career. Topics include building your network, learning from mistakes and setbacks, perfecting your written communication, and mastering even the toughest interviews.

Bill Maher: I was amazed at the things that you have to tell (new graduates) that they don’t know. I guess I forgot how stupid I was…..Like, don’t be late.

Carol Leifer: Yeah, don’t be late. Number one…with a bullet. It doesn’t matter what great school you graduated from. Top of the class? Don’t be late….

Bill Maher: Spelling. I can’t tell you how many letters I have gotten from people over the years who have wanted something from me. ‘Dear Mr. Mahr – spelled  M-A-H-R. It’s M-A-H-E-R!” 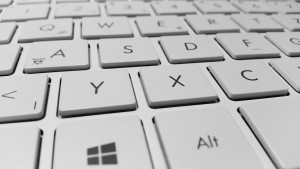 The exchange above between comedian and talk show host, Bill Maher, and comedienne and one-time Seinfeld writer, Carol Leifer (Note: Carol, not Carole; Leifer, not Liefer!) is relevant for two reasons. The first reason should be clear: when you are applying for a job, getting the little things wrong will kill your chances. The second reason is a bit more subtle: spelling a name right is not some sort of antiquated notion. Leifer and Maher are not sticklers working in the HR department. They are comedians, who don’t take much seriously. But even they take the spelling of their names seriously!!

What does spelling an individual or company’s name, or even a company’s address wrong say? It says that you are being haphazard before you even get the job – at a time when you should be most cautious. If you are being sloppy at such a sensitive time, just how careless will you be once you let your guard down? Spelling a name right is the very minimum of level of respect and consideration you can show a person (or a company!!). In short, get names right!

You need to be thoughtful about each and every communication you have with your prospective employers . For most of us, that means double and triple checking all correspondences before sending them and even making sure important communiqués are read by others. The wrong impression is always much easier to make than the right one.