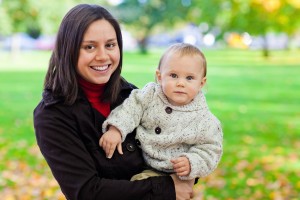 Professors from top-ranked U.S.-based business schools have joined forces to lobby for paid sick and family leave. The group of 203 professors signed a letter addressed to the U.S. Congress concerning the Family and Medical Insurance Leave Act, which would establish a new standard for paid leave for not just the professors, but all workers nationwide. The professors cited their “experiences teaching the business leaders of tomorrow” as a reason to push the legislation, adding “the United States must adopt a national paid family and medical leave policy.”

The act, widely known as the “Family Act,” would provide 66% wage replacement and 12 weeks in paid leave for the birth or adoption of a child, as well as for workers dealing with their own or an immediate family member’s medical condition. At the moment, a mere 13% of U.S. workers are able to take a paid family leave, and fewer than 40% benefit from paid medical leave. National Partnership for Women & Families Vice President Vicki Shabo commented to Bloomberg Business, “The business school community was missing from the [paid leave] debate.” Consequently, the professors hope their letter helps the proposed legislation gain momentum.

Previous Entry
MBA Admissions Myths Destroyed: At Least I Don’t Have to Rework My Resume …
Next Entry
GMAT Impact: The Role of Confusion in Your GMAT Prep