Forbes took an early leap into the fall rankings season by releasing its 2015 Best Business Schools list last week. The Stanford Graduate School of Business took the top spot for the second year in a row, with Harvard Business School (HBS) placing second and Northwestern University’s Kellogg School of Management coming in third. 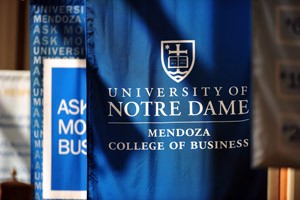 Although the Forbes rankings are based on the return on investment for the Class of 2010—one of the classes most impacted by the financial crisis—the effects of the economic downturn are surprisingly absent in the results for the top schools five years after graduation. The Stanford Class of 2010 reported its five-year income gain (i.e., what the graduates gained back on top of their tuition costs) as $89,100. In comparison, the corresponding average number was $83,500 at HBS and $61,700 among the top 25 schools. (Overall, however, the average five-year gain declined by approximately 9% in two years.) Stanford students were lucky in other aspects as well: the school’s alumni tripled their pre-MBA compensation in the five years after graduation, bringing their average salary from $86K to $255K.