The business school world is constantly buzzing with change and innovation. Each week, in addition to our regular news posts, we briefly touch on a few notable stories from this dynamic field in one roundup. Here is what caught our eye this week: 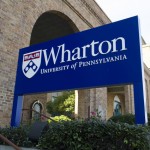 Previous Entry
GMAT Impact: I Studied This — I Should Know How to Do It!
Next Entry
Monday Morning Essay Tip: Multidimensional Brainstorming, Part 1