Beyond the MBA Classroom: No-Shave November at UC-Berkeley Haas 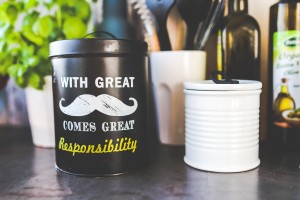 Each year, students at the University of California, Berkeley (UC-Berkeley), Haas School of Business commit to staying unkempt for an entire month. In support of the MBA Challenge for Charity—a nonprofit organization that coordinates local charity fundraisers with nine business schools on the West Coast—MBA students pledge not to shave for the duration of November. According to a December 2012 post on the Berkeley MBA Students blog, at the end of the 30 days, “students auction their faces, heads, chests and other body parts to be shaved in a way the highest bidder wants and wear that hairstyle for the next 24 hours … going to class, doing career treks and interviews.” In 2014, the campaign was renamed “No Shave-No Shame November” to include women and those who have trouble growing facial hair. Participants were able to bid on the chance to shave off willing classmates’ hair and to showcase their talents in a myriad of ways—including rapping and organizing poker games. “Any act in which participants stepped out of their comfort zones for charity was fair game,” one of the event’s organizers said in a December 2014 Haas Now news story.

For in-depth descriptions of social and community activities at UC-Berkeley Haas and 15 other top MBA programs, check out the mbaMission Insider’s Guides.

Beyond the MBA Classroom