When writing about your career, strive to inspire your reader by showing that your goals are ambitious, but not to the point of being implausible. You should work to find a middle ground between goals that are easily achievable and those that are naïve or entirely fantastic. For example, stating that in the short term, you want to return to your existing position at your firm would be an example of an unambitious goal and thus an unwise approach. On the other hand, declaring that in the short term, you want to become CEO of the New York Yankees would be shooting unreasonably high, and the goal would therefore be viewed as unrealistic. 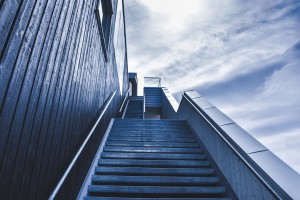 Generally, with respect to short-term goals, you should be able to identify a reasonably precise position that you could expect to enter after graduating from your MBA program—or if you intend to start your own firm, you should have a clear understanding of what that firm will be, the direction you will take, and how you will steward the business to achieve its short-term goals. As for the long term, pick a goal that derives from your existing career path or could be considered a logical transition from it and that represents an ideal of sorts. Essentially, we recommend that you write about goals that would be within your grasp if everything were to go according to plan.

Previous Entry
MBA News: The Most Successful Harvard Business School Alumni — and a Few Who Were Left Out
Next Entry
Mission Admission: Ignore Anonymous Message Board Posts