MBA News: The Most Successful Harvard Business School Alumni — and a Few Who Were Left Out

From the frantic application process to graduation day, the road to an MBA often takes its toll on one’s stress levels. Staying focused on success and overcoming fears are vital throughout the entire process. As the 2015–2016 application season nears, Bloomberg Businessweek offers a piece of inspiration for MBA hopefuls: a list of the most successful Harvard Business School alumni of all time. 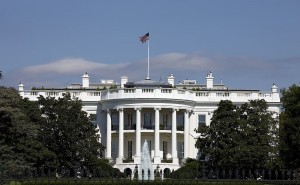 The list, perhaps predictably, includes presidential hopefuls and successes (Mitt Romney, George W. Bush), banking executives (Jamie Dimon), former mayors (Michael Bloomberg), and authors (Stephen R. Covey)—but some names are notably absent. One might be surprised to learn how diverse HBS’s alumni pool is: New York University Stern School of Business professor and Sotheby CEO Tad Smith graduated from HBS in 1992, for example, while author and popular TED speaker Neil Pasricha earned his MBA from the institution in 2007. Mark Pincus, the co-founder and CEO of online game platform Zynga, graduated in 1993. And although Stacie Scott Turner might be known to most as a star of The Real Housewives of D.C., she earned her diploma from HBS back in 1996. The list goes on and on—could you be next?

Previous Entry
GMAT Impact: Just Getting Started with the GMAT? Here Is What to Do
Next Entry
Monday Morning Essay Tip: Ensure Your Goals Are Ambitious but Realistic