Cuba is a buzzing topic—as relations between the United States and the Caribbean nation are normalizing, the countries’ resources are finally available to one another. One possibly surprising sector looking to take advantage of this development is business schools. According to the Wall Street Journal (WSJ), such schools as Stanford and Wharton are throwing their nets in international waters in hopes of finding some local talent. “Wharton would be very interested in recruiting in Cuba,” Mauro Guillen, director of the Lauder Institute for Management and International Studies, told the WSJ, and he expressed hope that such a move would be feasible in a year. 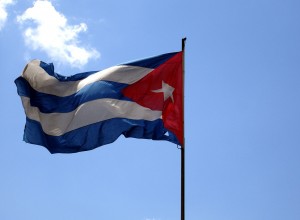 Despite the schools’ eagerness for Cuban MBA candidates, some obstacles remain in place. Standardized testing—such as the GMAT—is currently unavailable in the country, but exam officials are hopeful: “We’ve been looking at what it would take to deliver a test [to Cuba],” Sangeet Chowfla, president and chief executive officer of the Graduate Management Admission Council, told the WSJ. Perhaps the MBA Class of 2018 will include the first born-and-raised Cuban graduates?