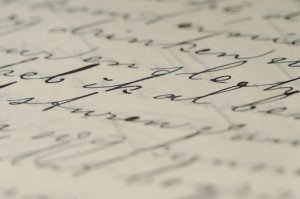 Consider the example of Hamlet’s words “To be or not to be”—some of the most famous in the English language. Shakespeare wrote this short sentence in perfect parallel form; “to be” is matched perfectly with its corresponding negative “not to be” and is separated only by the necessary word “or.” Another short example of parallel construction from history is “I came, I saw, I conquered.” With these words, Julius Caesar spoke in perfect parallel construction—the grammatical form is a pronoun (the word “I”) followed by a verb in the past tense (“came,” “saw,” “conquered”).

If we were to change that second famous phrase just a touch, the amazing quality it now has would be lost, and the phrase would become unremarkable. For example, if Caesar had said, “I came, I saw, and I became the conqueror,” he would likely not be quoted today because the rhythm would be destroyed. Keep this rule in mind for everything that you write, especially for longer sentences.

Previous Entry
GMAT Impact: Getting the 80/80
Next Entry
MBA Career Advice: Before You Leave That Job Part 2