Our tally of matrimonial announcements springs forward this month as we enter prime wedding season. Nearly doubling our New York Times wedding count for 2015 by bringing the total tally from 95 to 184, March proved a popular month to get married—though less so among business school students and graduates. The number of weddings involving an MBA rose by just 12 mentions for the month, bringing the year-to-date total to 35.

Although Harvard Business School (HBS) made more appearances than Columbia Business School (CBS) over the past month—with five versus four mentions, respectively, in March—the latter retained its lead for the year thus far with a total of 14 weddings. One notable CBS wedding announcement in March was that of alumni Mimi Hoesley and Benjamin Slater IV. In addition, first-year CBS student Elizabeth Joyce and her groom, Ronald Magnusson, were featured among those who tied the knot last month, as was alumnus Demetrios Yatrakis, who married Lindsay Anmuth, and alumna Elisabeth Kruger, who wed Devin Thomas.

Other elite MBA March matrimonies included that of HBS alumni Alexandra Daum and Alexander Kleiner, that of UPenn Wharton alumna Haley Moss to Asher Schranz, and that of Yale SOM alumnus Jonathan Jacobson to James McKibben. 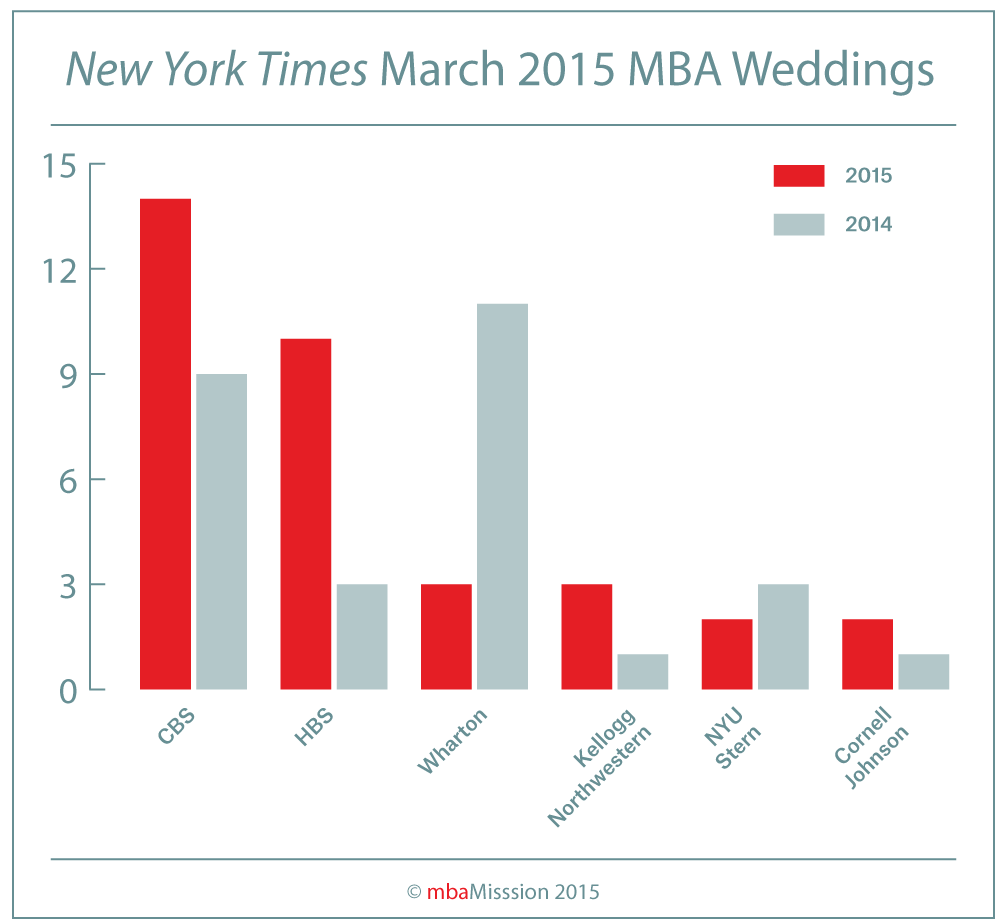