As business schools compete to demonstrate their technological relevance, many have turned to social media as a way of engaging both applicants and alumni alike. Some schools even allow candidates to leverage their online presence for a streamlined application process.

Although the overall tech savviness of business school students and administrators may be difficult to measure in precise terms, numerous signs indicate that most MBA programs see social media as a valuable asset to maintaining brand recognition. That some schools are more successful than others at garnering online popularity is also evident.

To that end, Bloomberg Businessweek launched the social media campaign #WhyMBA back in October, asking various MBA-related questions of applicants, students, and alumni. The campaign sought to prompt conversation about the broader state of business education and featured a leaderboard that tracked which MBA programs enjoyed the most social media mentions.

With the release of its 2014 MBA rankings, Bloomberg Businessweek declared that UCLA Anderson was the “most tweeted @ school” over the course of the campaign. In our accompanying graphic here, we present the ten most social media savvy business schools, according to the #WhyMBA campaign. 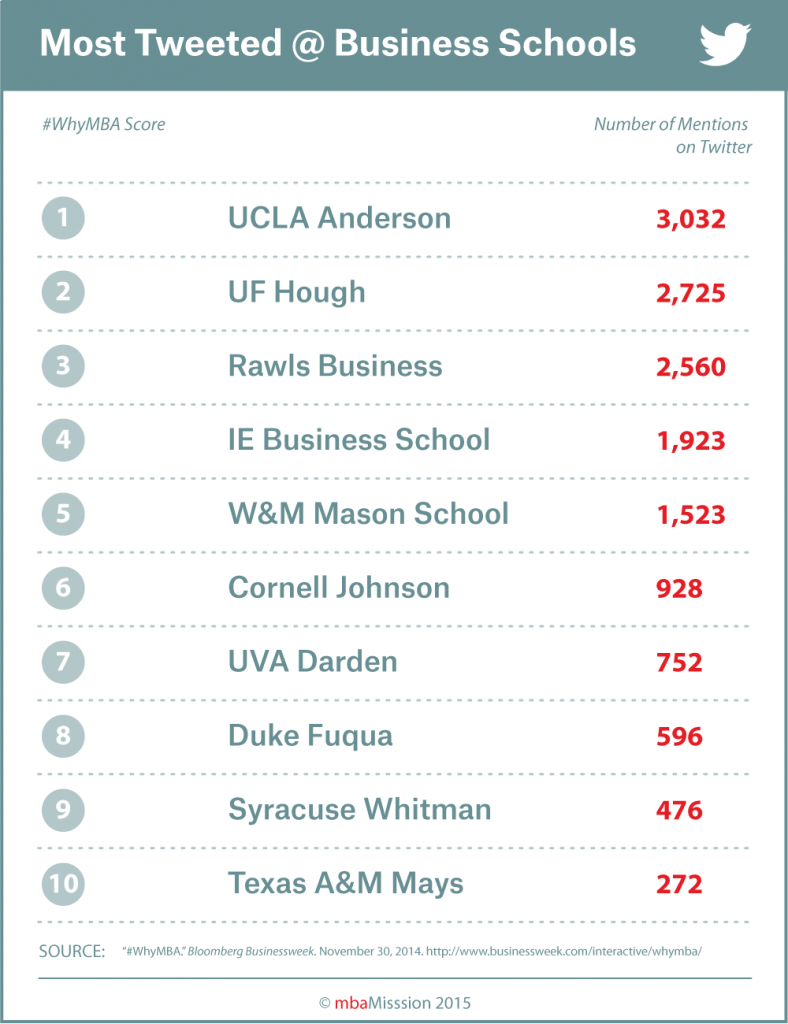