Rankings come in all shapes and sizes, but can any ranking truly capture social cachet? For a different perspective on the value of an MBA, we turn to the New York Times society pages, in which the editors select and profile promising couples. Each month, we dedicate one B-School Chart of the Week to tallying how alumni from top-ranked business schools are advancing their social currency ranking.

With the end of February, our year-to-date total of New York Times wedding announcements climbs to 95 celebrations, 23 of which included mention of at least one MBA. Despite the Valentine’s Day romance, February proved a slow month for winter matrimonies, with just 46 couples braving the cold to say “I do.” Of those, we counted 12 with business school credentials.

Columbia Business School (CBS) and Harvard  Business School (HBS) tied for the most newlywed mentions in February, with each school appearing four times. CBS thereby takes the overall lead for the year, boasting ten appearances in the society pages so far—twice as many as HBS.

Mimi Hoesley, a global strategy manager with Net-a-Porter.com, and Benjamin Slater IV, a senior analyst at Tipp Hill Capital Management, were among the CBS alumni mentioned last month. Other marriages of note for February included that of HBS alumni Mary Ellen Hammond and Andrew Mondi. In addition, the Stanford GSB, Chicago Booth, and Wharton all made their first 2015 appearances in the NYT announcements. 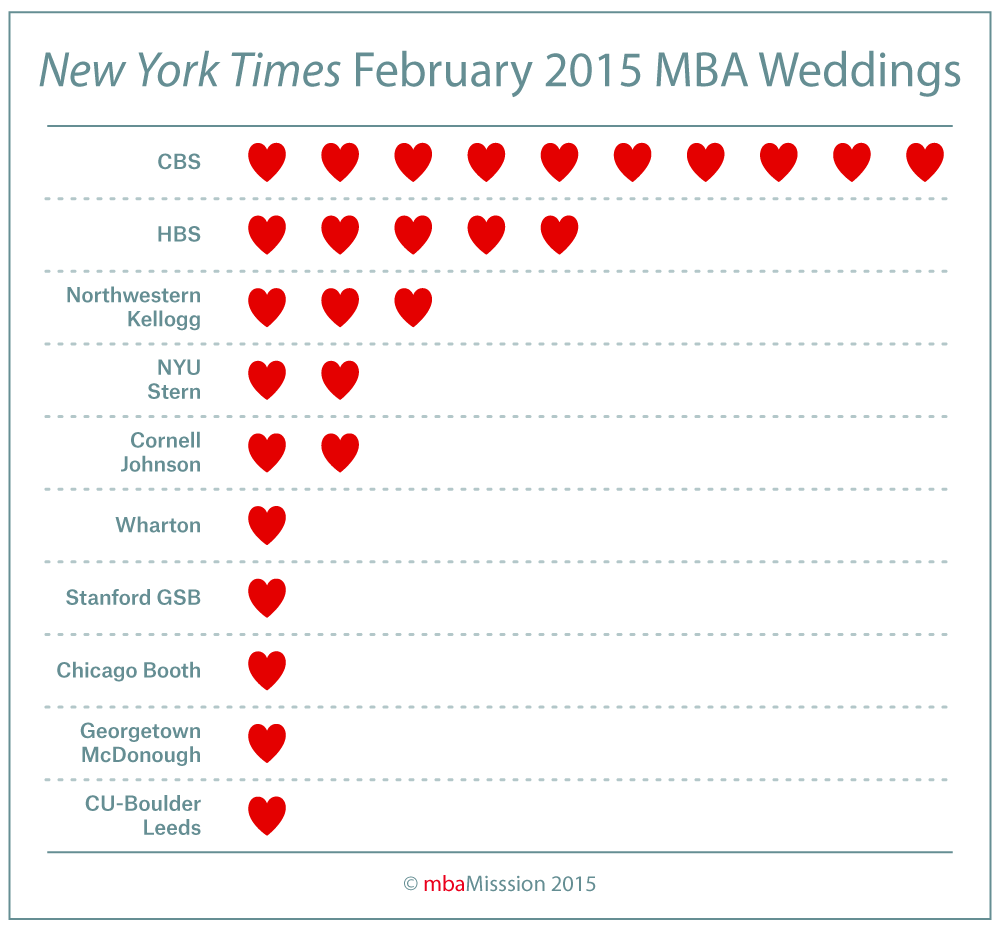 Previous Entry
Professor Profiles: Kevin Murphy, The University of Chicago Booth School of Business
Next Entry
Beyond the MBA Classroom: From Philly to Florida for Wharton’s Beach Week