April was a noticeably slow month in the world of MBA matrimony. Of the 84 wedding announcements in the New York Times society pages, only eight included some mention of business school students or alumni (compared with 23 in March). Columbia Business School (CBS) came out ahead for the month, boasting four mentions—although CBS is tied with Wharton for our year-to-date tally, with each claiming a total of 13.

Among the announcements for April is a double CBS wedding, with student Erin Muckey (who is pursuing a joint medical degree and MBA) marrying alumnus Alexander Cavin. Wharton alumna Charlotte Evans ventured further afield from her alma mater, marrying Stanford MBA Tyler Will. Also among the notable Wharton weddings this month is that of third-year student Eric Feinstein—who is pursuing a dual law and MBA degree—to Julia Emanuel.

The total number of MBA weddings thus reached 48 for the year, out of an aggregate total of 272 wedding announcements. 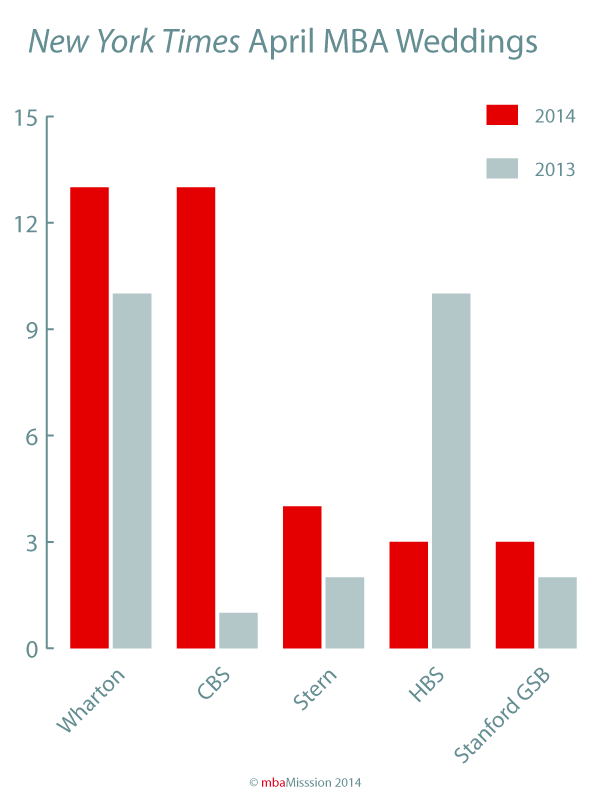