B-School Chart of the Week: How Many Kellogg MBAs Actually Go into Marketing?

The Kellogg School of Management has a long-held and unparalleled reputation as a “marketing school,” but an examination of its employment data reveals a trend that many aspiring MBAs may find surprising. The breakdown of Kellogg’s top employers and the job functions in which its graduates entered positions tells the story of a diversified school with a demonstrated strength in (surprise!) … consulting. In fact, approximately twice as many graduates entered roles with a consulting function in the past three years as entered ones with a marking function (38% versus 17%, respectively, in 2013, 40% versus 20% in 2012 and 40% versus 19% in 2011). In addition, marketing was surpassed by finance in 2013, with the latter job function attracting 18% of the graduating class. 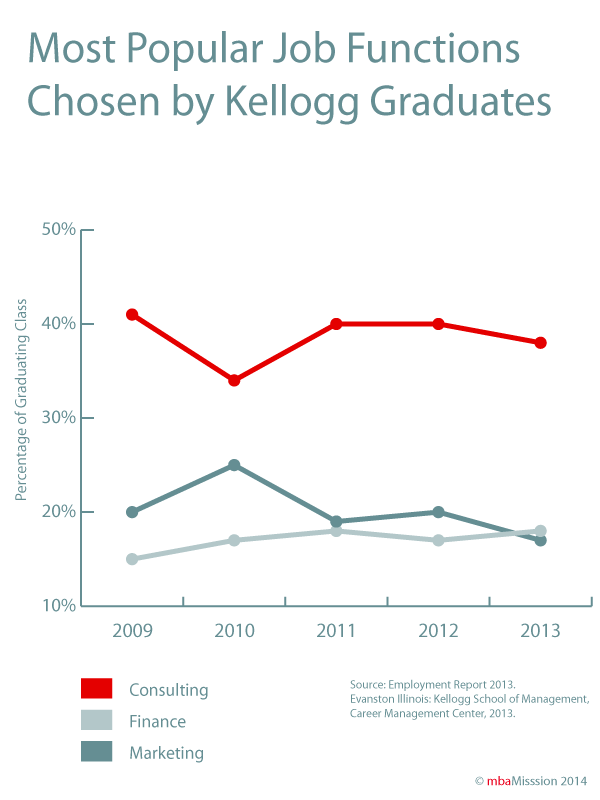 Previous Entry
Professor Profiles: Nejat Seyhun, Stephen M. Ross School of Business at the University of Michigan
Next Entry
Beyond the MBA Classroom: A Family Affair at HBS