The NCAA championship game may still be a week away, but the tournament is already over for men’s basketball teams from schools that happen to be home to a top-ranked MBA program. Among these institutions, Harvard, Duke and Texas fell out of the running early on. Business students at UVA Darden, UCLA Anderson and Stanford GSB, however, undoubtedly watched with excitement as their home university teams advanced to the Sweet Sixteen before getting crossed off the bracket. Ultimately, Michigan came out ahead, claiming the most wins on behalf of top MBA universities and making it all the way to the Elite Eight before losing by a close margin to Kentucky during Sunday’s game. 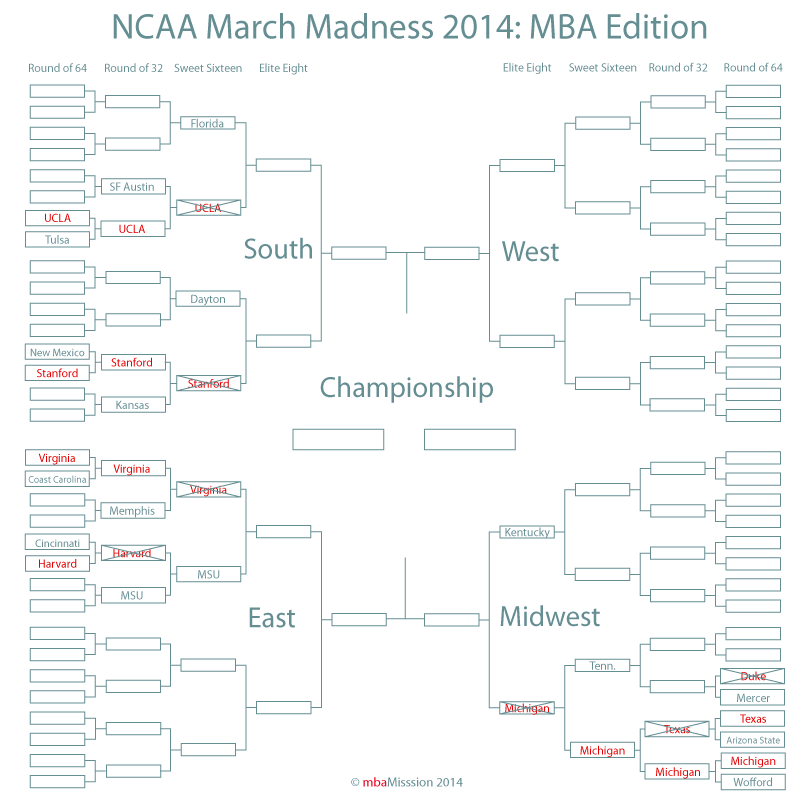