Wharton maintained the lead with two February mentions, raising its year-to-date total to four. Among them was the betrothal of Wharton alumnus Matthew Schwab and Harvard Business School alumna Diana Dosik. In addition, Columbia Business School added another announcement to its 2014 total, bringing its individual tally to three, with the marriage of alumna Morgan Satler, a marketing director for Lancôme, and Adam Greene, a partner at Robinson Brog Leinwand Greene Genovese & Gluck.

Darden, which had only three mentions in all of 2013, has already made an appearance in two wedding announcements for 2014, including most recently that of alumnus Christopher LaVine, a portfolio manager at Rational Group, who married Kathryn McLoughlin. 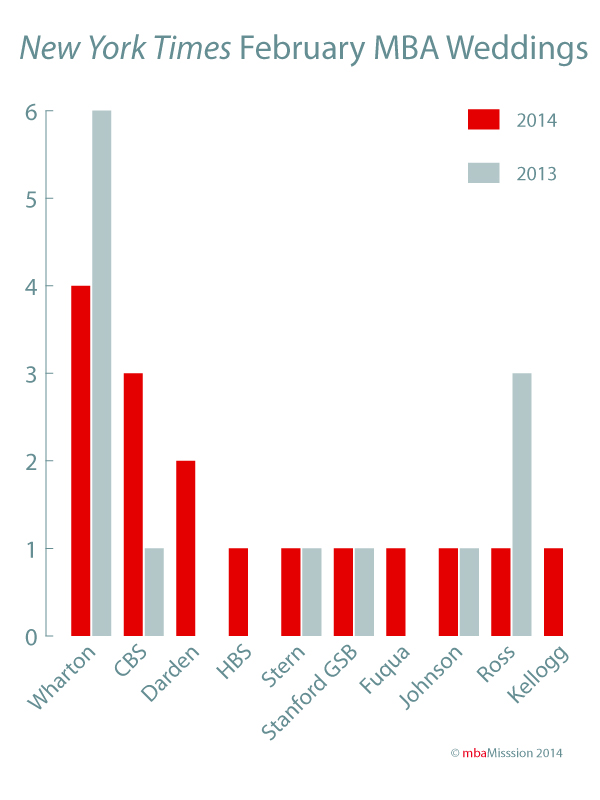