With the start of the new year, Wharton and Columbia Business School  (CBS) took the lead in our social currency rankings, racking up two MBA mentions each in the New York Times wedding announcements for the month of January—though Wharton did not quite match its impressive four mentions seen the previous year. Jonathan Stopol, an analyst at Kingdon Capital Management who was married to Melissa Bordin, and Larry Waddell, chief operating officer of SEET Interactive who was married to Rebecca Aspden, became the first of Wharton’s newlywed alumni for 2014.

At CBS, Mary Bartos, who is currently studying for her MBA, married Richard Falotico, and alumnus Christopher Russo, a senior associate at Morgan Stanley, was wed to Emily Sedlis. Other MBA matrimonial mentions last month involved B-schools that were represented in 2013’s January rankings, including a student from NYU Stern and an alumnus from Stanford Graduate School of Business.

We are still in the “first inning.” As you can tell from last year’s final tally, we have a long way to go before trends start to emerge… 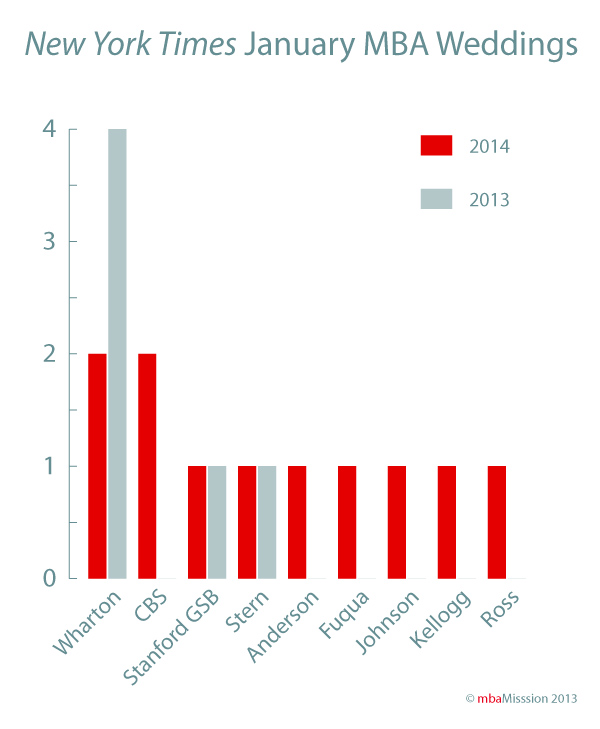