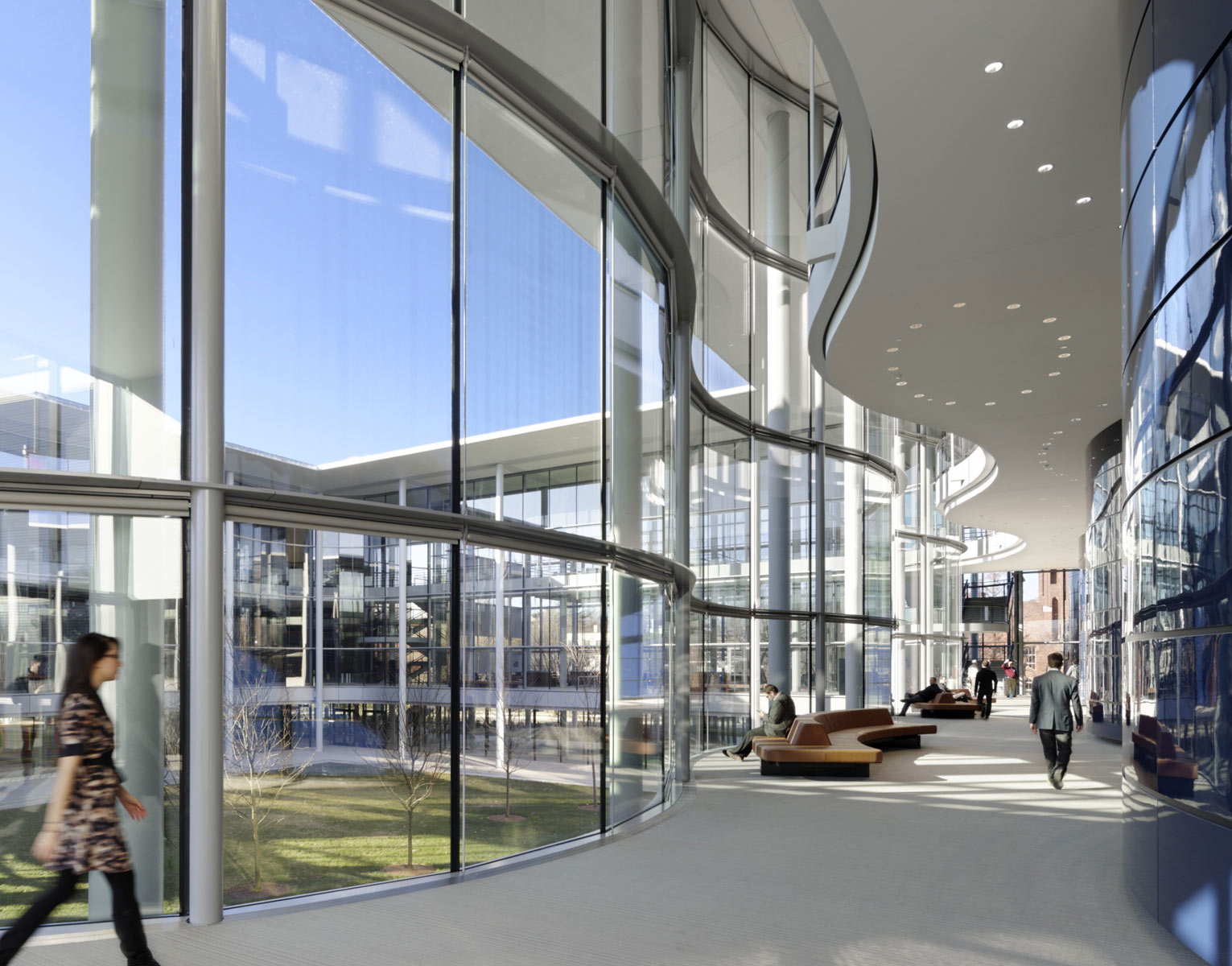 After two years of construction, students at the Yale School of Management (SOM) begin classes this week in the brand new 242,000 square-foot Edward P. Evans Hall. The glass-clad facility, designed by architect Norman Foster, is perhaps most notable for its open and transparent layout, boasting state-of-the-art classrooms, library spaces, interview rooms and faculty offices that wrap around a sprawling central courtyard.

Despite the poor timing of Evans Hall’s original proposal—which took shape just before the economic downturn in 2008—the SOM managed to raise an initial $110M from various alumni and donors, followed by a record $50M gift in 2010 from the building’s eponymous donor, Yale alumnus Edward “Ned” Evans (‘64), who unfortunately passed away shortly thereafter. The total cost of the building has since risen to $243M, affording such amenities as cutting-edge classroom computers, high-definition video conferencing and student “Huddle” rooms that serve as collaborative workspaces.

According to a press release, the school celebrated the building’s inauguration with a three-day leadership conference, highlighted by opening addresses by Foster and the school’s dean, Edward Snyder, who called the occasion “a high point in the school’s history.” SOM Associate Dean David Bach observed the congruity between the school’s mission and the building’s design, commenting, “One of the things that Dean Snyder talks about is that managers need an extended line of sight—well, the building actually has an extended line of sight. You can actually see [in] the building through glass.” Nobel Prize?winning economist Robert Shiller, Huffington Post founder Arianna Huffington, the mayor of New Haven and the governor of Connecticut were also among the conference’s featured speakers and panelists.