One might expect top MBA candidates to naturally hail from Harvard or Stanford, institutions with equally impressive MBA programs—or at least from an undergraduate school with notable strengths in  business. But in fact, those test takers that score the highest on the GMAT apparently come from a school that does not even offer a business major.

According to Bloomberg Businessweek’s 2012 Best Business Schools survey of MBA graduates from 114 top business schools, the highest reported average GMAT score came from a graduate of Swarthmore College, a highly selective liberal arts college in the suburbs of Philadelphia, known for its rigorous curriculum. Swarthmore graduates scored an average of 742.5 (out of 800) on the GMAT, placing them in the 97th percentile. The survey also revealed that of the 1,250 schools listed as alma maters by the more than 10,000 MBA graduate respondents in 2012, the University of Pennsylvania was mentioned most frequently (119 times). Maybe there is something in the water in Philadelphia… 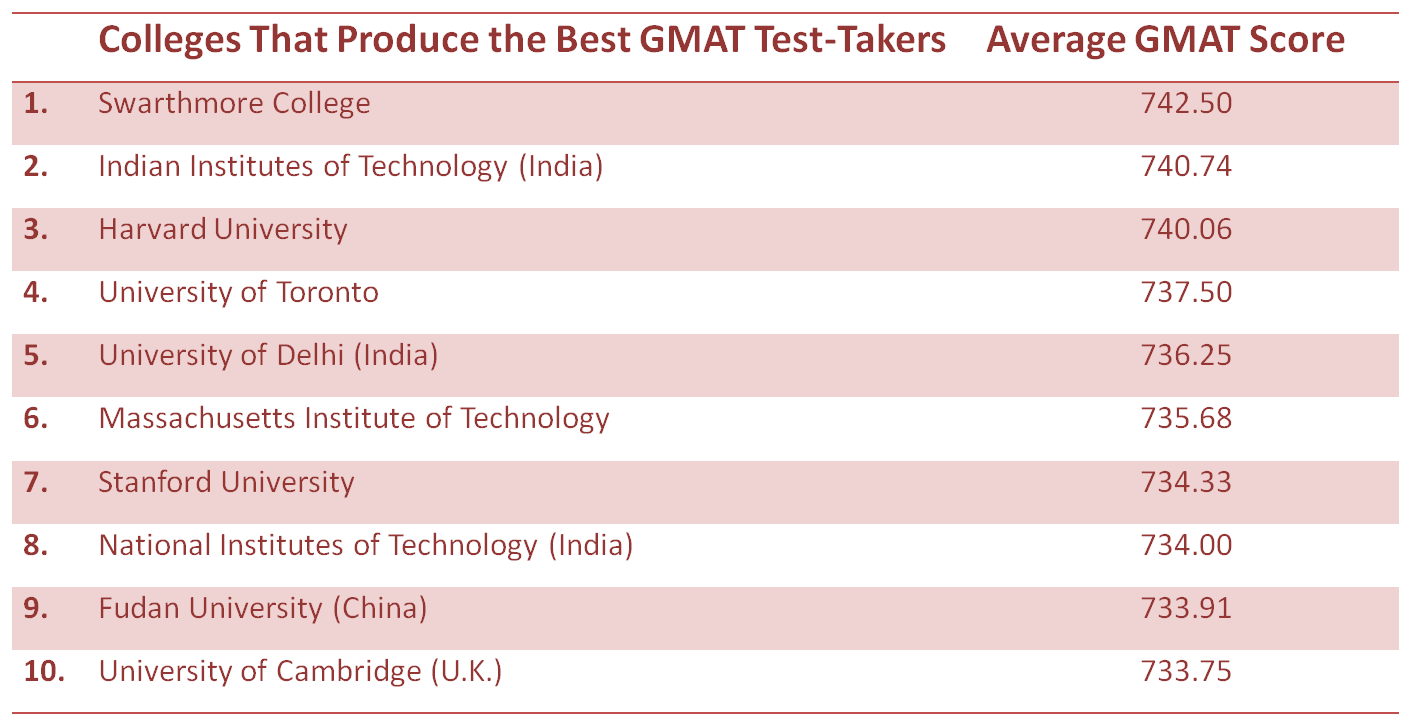