January seems to have been particularly auspicious for the love lives of Wharton MBAs, who received four mentions in the New York Times Weddings/Celebration pages that month. Included among the newlyweds are Emily Cooper and Adam Janvey, both of whom received MBAs from the University of Pennsylvania, where the bride also earned a medical degree. The groom now works as a project manager with McKinsey & Company, while Dr. Janvey is an associate for TPG, a Texas-based investment firm, in the company’s San Francisco office. Additional Wharton weddings included that of Janhavi Kirtane and Oliver Fritz III, the former of whom is a Wharton MBA and is now director of clinical transformation for the federally funded Beacon Community Cooperative Agreement Program. January also saw the marriage of Matthew Birkhold and Jordan Elkind, the latter of whom earned an MBA from Wharton and works as an associate in business analytics for Citigroup’s credit card division.

Of course, Wharton’s large class size—which usually pushes 850—and the high percentage of the school’s MBAs who enter New York City’s financial scene each year could explain why so many of the Times’ wedding announcements involve Wharton alumni. As you can see from our painstakingly compiled data presented in the chart, MBAs from Fordham, St. John’s University, the Stanford GSB, NYU Stern, Rutgers and Southern Methodist University Cox also had notable wedding mentions in the publication last month, but their alma maters have a bit of catching up to do if they want to match Wharton’s matrimonial prowess. 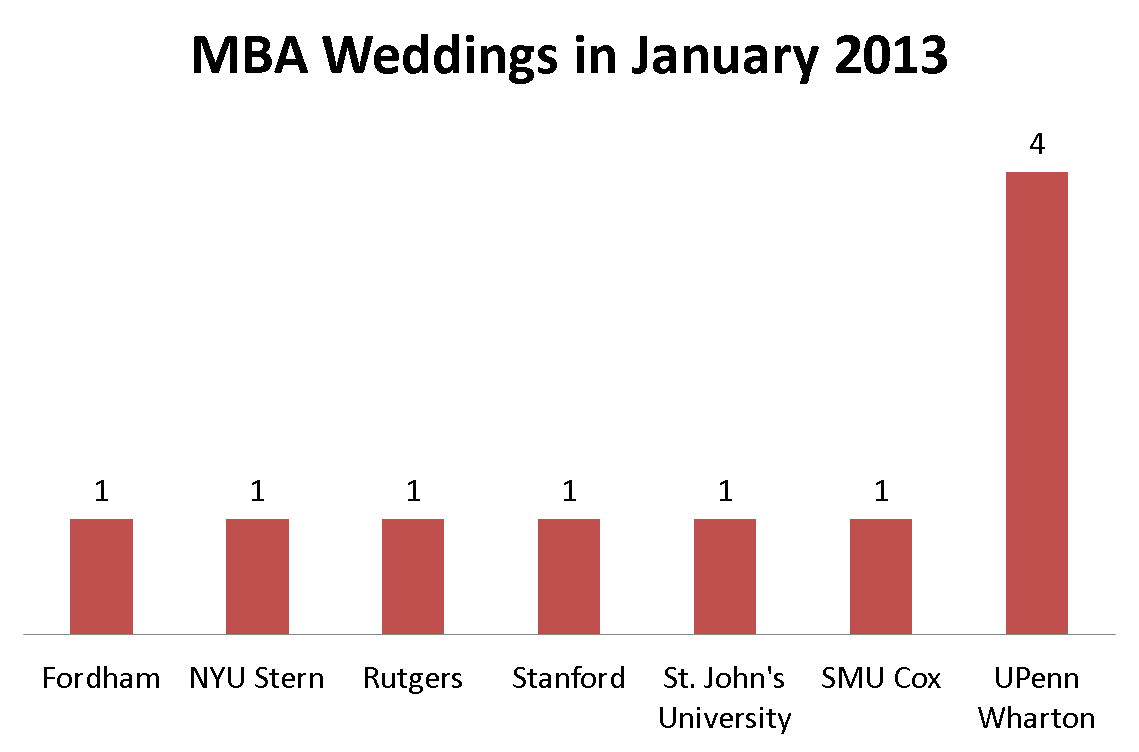