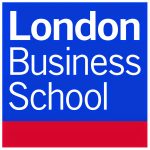 London Business School (LBS) has stood at the top of the Financial Times (FT) European business school ranking since 2013, and the school took first place once again in the recently published FT 2018 ranking. The United Kingdom was well represented in the top 20 despite the threat of declining interest due to Brexit—in fact, seven other U.K. schools were included, while France had five schools in the top 20. French powerhouses HEC Paris and INSEAD were ranked second and third, respectively.

One of the most notable risers of the year was Essec Business School, also based in France, which climbed 15 spots and landed in eighth place. Spain’s IE Business School, on the other hand, was ranked third in 2017 but fell to 20th place this year. The list of the 95 schools that made the ranking also included some new names, such as the Irish Management Institute (76th), the TUM School of Management (79th), and the University of Ljubljana Faculty of Economics (83rd).

For more information on various international business schools, including LBS and INSEAD, check out the free mbaMission Program Primers.

Previous Entry
Global Perspective MBAs at Georgetown University and George Washington University
Next Entry
How to Solve Any Sentence Correction Problem on the GMAT, Part 2