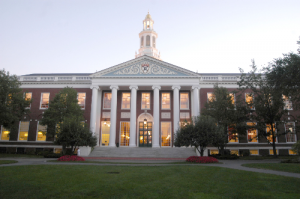 Bloomberg Businessweek released its list of the best U.S.-based MBA programs on Thursday with few surprises in the results. Harvard Business School stood at the top of the list for the third year in a row, and the rest of the top ten remained largely similar to last year, with the same schools playing musical chairs of sorts with their rankings. The Wharton School of the University of Pennsylvania rose four places from 2016 and landed at number two this year. The MIT Sloan School of Management similarly gained four spots and was ranked third, while the University of Chicago Booth School of Business remained unchanged at fourth place. The Haas School of Business at the University of California, Berkeley, was the only school to fall out of the top ten and was ranked 11th, giving way to Columbia Business School, which rose from last year’s 11th spot to ninth this year. The Smeal College of Business at the Pennsylvania State University was among this year’s most notable risers, as it climbed from 37th place to 25th. Whether London Business School has managed to hold on to the top spot in the Bloomberg Businessweek international MBA rankings remains to be seen—that list will be released next month.