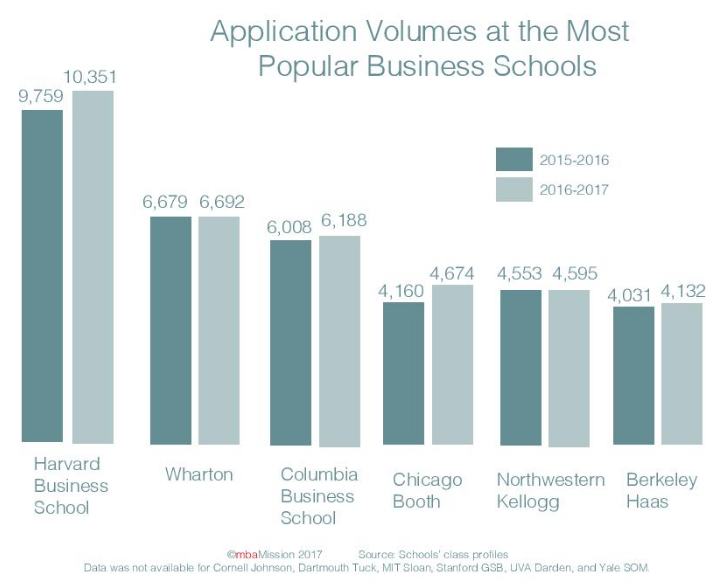 The 2017–2018 application season is in full swing, as business school hopefuls around the world hone their essays or perhaps have already clicked “Send” on their applications and crossed their fingers for good luck. If you have set your sights on the top-ranked programs in the country, you are definitely not alone.

Although this season’s applications have yet to be accumulated, the business schools with the most applicants in 2016–2017 received a staggering amount of interest. Harvard Business School, which received 9,759 applications in 2015–2016, broke the 10K milestone with 10,351 applicants in 2016–2017. Many other top-ranked schools saw a similar, slight increase in application volume. Chicago Booth was among the schools with the most notable increases, as 4,674 individuals submitted their applications this year, compared to 4,160 the previous year. At the Wharton School of the University of Pennsylvania, the difference was hardly palpable: the school received only 13 more applications in 2016–2017 (6,692) than in 2015–2016 (6,679).

Previous Entry
Limit the Use of “I” When Beginning Sentences and Never Use “Etc.” in MBA Application Essays
Next Entry
All About Critical Reasoning Questions on the GMAT (Part 2)