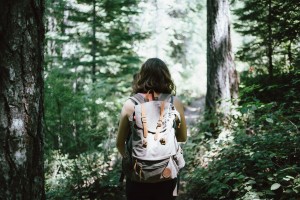 For incoming first-year students at the University of Michigan’s Ross School of Business who want to get a head start on building friendships within their class or make use of some time off before school begins, the MTrek program may be just the answer. MTreks, which were first offered in 1999, are small-group, multiday, outdoor adventure trips that take place before the academic year begins. Organized in locations around the world, the trips are entirely student led (by second-year MBA students) and are designed to provide a team-based environment similar to that found at Ross and to promote leadership in a team setting. MTreks look to be as inclusive as possible—trips are available to suit a wide variety of interests and thus range from hard-core adventure to relaxing sightseeing excursions.

2017 treks include “A Song of Fire and Ire,” which takes participants to Iceland and Ireland, “African’t Stop, Won’t Stop,” an off-the-beaten-path trip to South Africa and Swaziland, and “Netflix and Chile,” an outdoor adventure in Chile and Argentina. In 2016, treks ranged from “Not Your Basic Beaches,” during which participants explored private beaches and the countryside of France and Spain, to “Guate Get Down,” which took place in the historic areas of Belize and Guatemala. Other treks in previous years included “Edward Fjord-y-Hands,” which featured hiking, kayaking, and mountain biking in Sweden and Norway, and “Best Friends Pho Ever,” where participants boarded a train and explored local food and culture in Vietnam.

So, whether you are interested in hiking and rafting in Iceland or beaching and snorkeling in Mexico, MTreks provide a chance to build friendships and develop leadership skills while having a great time.

Similar to Michigan Ross, New York University’s (NYU’s) Stern School of Business provides ample opportunity for its students to spend time abroad during one- or two-week trips, through its “Doing Business in…” (DBi) program. DBi trips take place between the fall and winter semesters, during spring break, and in May (after classes conclude). Each course (trip) is tailored to its specific locale and includes a mix of lectures given by Stern faculty as well as by local business practitioners and/or government representatives. Complementing the classroom learning are hands-on field experiences at corporate headquarters, factories, ports, development sites, and other such locations. DBi destinations in recent years have included Costa Rica, Spain, Brazil, Singapore, Israel, and Australia, just to name a few. Students who participate in the DBi program gain a new perspective on conducting business in a different culture while making some great memories with fellow “Sternies” along the way.

For more information on other defining characteristics of the MBA program at NYU Stern, Michigan Ross, or one of 14 other top business schools, please check out the free mbaMission Insider’s Guides.

Previous Entry
Book Recommendation for Self-Assessment: How to Design Your Life
Next Entry
To Keep or Cancel Your GMAT Scores?