B-School Chart of the Week: The Progression of the MBA Job Market Since the Recession

Earlier this month, the Graduate Management Admission Council (GMAC) released its latest Corporate Recruiters Survey Report, revealing that the percentage of corporate recruiters who plan to hire MBAs is the highest it has been in years. Indeed, the percentage of companies that have actually hired MBAs has grown exponentially since 2010, when the recession took its toll on the most recent graduating class and a mere 50% of responding companies ended up hiring new MBAs. Although the number of companies who plan to hire MBAs in 2016 (88%) is still only a projection, the job market seems quite promising to new graduates. 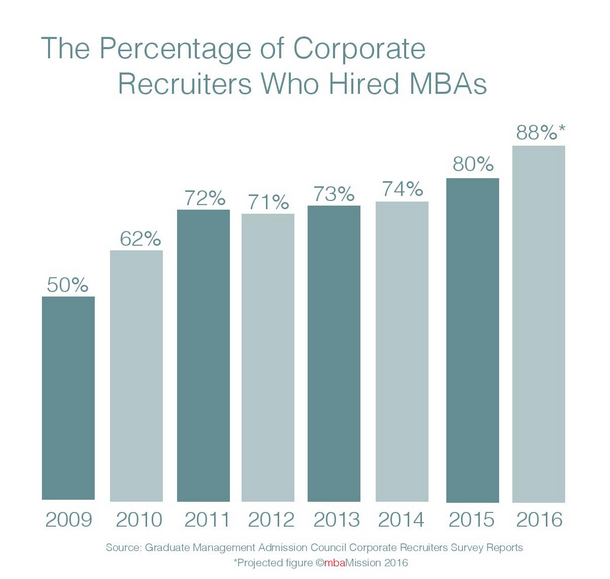 Previous Entry
Monday Morning Essay Tip: Use Parallel Construction
Next Entry
Mission Admission: Will I Get In?