September continued the steady climb of matrimonial distinction among major business schools like Harvard Business School (HBS), NYU Stern and Wharton. Columbia Business School (CBS) came out on top, with a total of six alumni and students mentioned in the New York Times wedding announcements—including one, Joseph Goldschmid, who is pursuing a joint MBA/JD and who married Anastasia Alt earlier last month.

Notably, UVA Darden received two wedding mentions in September, bringing its year-to-date total to three. One of the students mentioned, Jennifer Gable Frye, is studying for her MBA at Darden and is married to Capt. Carter Keleher Harris. The other, John Macaskill, married Macy Branch and—in addition to holding a master’s in business studies from the University of Edinburgh—earned his MBA from Darden in May. Last month also saw two double-MBA marriages: that of John Ashworth and Michael Vondriska, a Johns Hopkins alumnus and Northwestern Kellogg alumnus, respectively; and that of Diana Kassen and Ezra Mehlman, an NYU Stern alumna and a CBS alumnus.

Across the board, MBA candidates, students and alumni were mentioned 33 times last month. Our year-to-date tally of business school appearances in the Times reached 208 for September, out of a total of 1,015 wedding announcements. 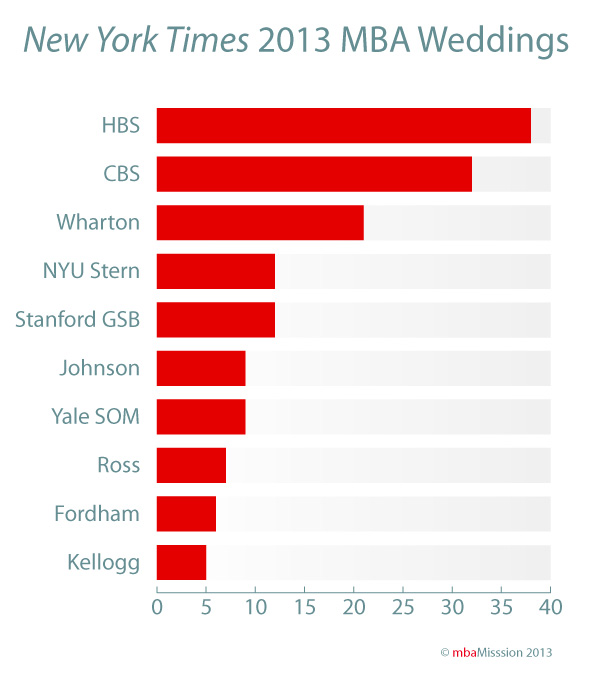