Many MBA applicants feel that they are purchasing a brand when they choose a business school at attend, but the educational experience itself is crucial to your future, and no one will affect your education more than your professors. Each Wednesday, we profile a standout professor as identified by students. Today, we profile William Silber from New York University’s (NYU’s) Leonard N. Stern School of Business. 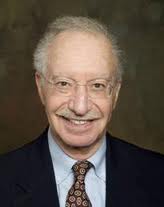 The Marcus Nadler Professor of Finance and Economics and director of the Glucksman Institute for Research in Securities Markets, William Silber has been awarded the Excellence in Teaching Award (1980) and was twice voted Professor of the Year at NYU (1990, 1997). In addition, Silber received the university’s Distinguished Teaching Medal in 1999. In a November 2012 post on Stern’s Full-time MBA Blog, a student referred to Silber as “a Stern legend who consistently finds a way to make ‘Foundations of Finance’ both entertaining and insightful.” Students with whom mbaMission spoke commented that Silber’s class is “almost like a performance,” because he keeps students engaged with stories of real-world situations from his background in industry. Silber was formerly a trader and frequently relies on anecdotes from his experiences at the New York Mercantile Exchange and Lehman Brothers to illustrate complex financial issues for his students.