Many MBA applicants feel that they are purchasing a brand when they choose an MBA program to attend, but the educational experience itself is crucial to your future, and no one will affect your education more than your professors. Each Wednesday, we profile a standout professor as identified by students. Today, we profile Eric Sussman at the UCLA Anderson School of Management. 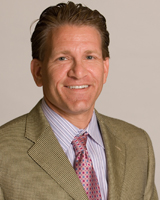 Eric Sussman (“Cases in Real Estate Investments”) is a lecturer in UCLA Anderson’s accounting department and also serves as president of Amber Capital, a 15-person real estate investment company. He has been voted Teacher of the Year ten times by Anderson students and received the Citibank Teaching Award in 1998 and the Neidorf Decade Teaching Award in 2008—both honors decided by a faculty committee. In addition, in 2009, Sussman won the Teaching Excellence Award in the full-time MBA program, which is decided by a vote of second-year students. Sussman has also been recognized by Bloomberg Businessweek as one of Anderson’s Outstanding Faculty members each year since 1996, and in 2011, the publication named Sussman one of the Most Popular Profs at Top Business Schools.

In addition to his work in the classroom, Sussman created Insight FSA, a software tool that measures and evaluates the financial accounting and corporate reporting risk for public companies via Edgar Online. A second-year student blogger at Anderson described Sussman in a December 2010 post as “one of what I call the five rock-star professors here,” and a first year we interviewed stated that Sussman “has an outstanding reputation at the school, and I look forward to taking at least one accounting class with him.”

For more information about UCLA Anderson and 15 other top-ranked MBA schools, check out the mbaMission Insider’s Guides.