B-School Chart of the Week: How Many MBAs Get Jobs Abroad?

Finding international opportunities is often far more challenging than finding a job domestically. Still, MBA students can often recruit with global firms on campus or try their hand at an “off-grounds” search by finding positions on their own and leveraging their business school’s brand.

Although a relatively small percentage of total graduates take jobs abroad (at the high end, 21% of UPenn Wharton’s Class of 2012), many top-ranked business schools have been expanding their footprints globally. Looking at the employment numbers is one way to get a sense of the regions in which different schools might have recruiting strengths. For example, UPenn Wharton and Duke Fuqua each placed approximately 11% of their 2012 graduates in Asia, whereas the majority of Harvard Business School’s international hires landed in Europe (8% of 2012 graduates). Chicago Booth similarly produced a significant number of South/Central American hires, constituting 7% of its Class of 2012. Applicants with an eye to working overseas should be sure to investigate their target school’s employment reports, find out which global firms recruit on campus and get a feel for how well known the school’s brand is around the world. 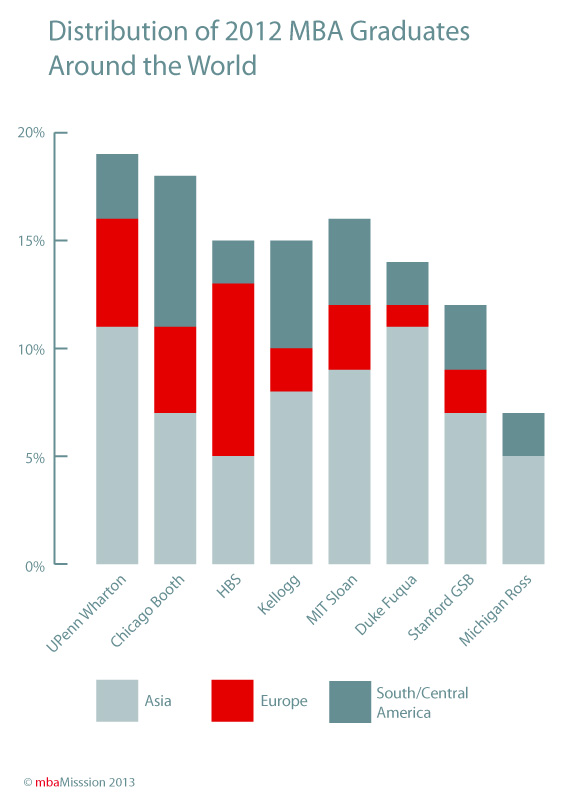