Many MBA applicants feel that they are purchasing a brand when they choose a business school to attend, but the educational experience is what is crucial to your future, and no one will affect your education more than your professors. Each Wednesday, we profile a standout professor as identified by students. Today, we focus on Gad Allon from the Kellogg School of Management at Northwestern University. 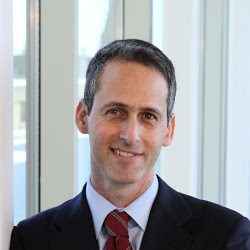 As the recipient of the 2009 L.G. Lavengood Outstanding Professor of the Year Award and the Chairs’ Core Course Teaching Award in both 2008–2009 and 2006–2007, Gad Allon, a professor of managerial economics and decision science, is a student favorite at Kellogg. Allon teaches the core “Operations Management” course and is considered an authority on service operations, maintaining a popular industry-focused blog called The Operations Room. In 2011, Poets & Quants named Allon one of “The World’s 40 Best B-School Profs Under the Age of 40”; student testimonies in the article include one in which he is described as “one of the most engaging, insightful, and supportive professors I have ever had.” Another student offered an anecdote about how Allon woke up in the middle of the night prior to an exam day to field any last-minute questions from students: “That really tells you why this man is an outstanding professor who commands a lot of admiration at Kellogg.”

For more information about Kellogg and 15 other top-ranked business schools, check out the mbaMission Insider’s Guides.