B-School Chart of the Week: What Does the Highest-Paid CEO with an MBA Make in a Year?

Earlier this month, the New York Times published a list of the highest-paid CEOs of 2012, sizing up their salary, bonuses, perks and other forms of compensation against company performance. Of the top ten CEOs on the list, only one holds an MBA: John Donahoe, the CEO of eBay and an alumnus of Stanford’s Graduate School of Business. We thought comparing Donahoe’s total compensation for the year—approximately $29.7 million—to some figures more relatable to the average MBA student would be interesting. 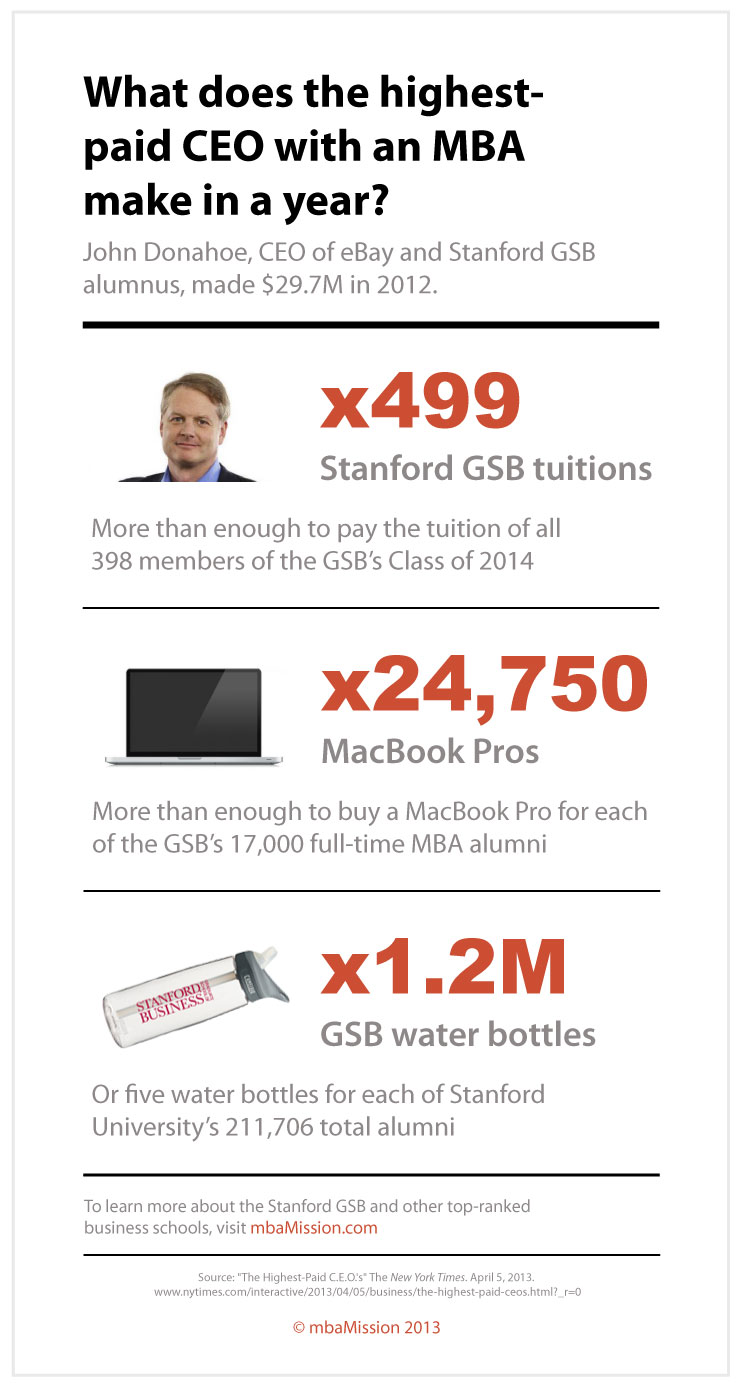