B-School Chart of the Week: How Many Board Members Boast MBAs?

Last week, the  New York Times DealBook featured an article assessing board member pay on Wall Street—pay that tops out at $488,709 for Goldman Sachs directors in 2011. At JPMorgan Chase, despite its status as one of the largest financial institutions, directors received the lowest average pay in 2012, at $278,194.

We thought we would examine these Wall Street governing boards to see if any members have earned MBAs from top business schools. As it turns out, 4/13 on Goldman’s board of directors are MBAs, as are 5/14 at Morgan Stanley, 4/8 at Citigroup, 3/11 at JPMorgan Chase and 5/16 at Wells Fargo. Of the 62 aggregate board members of the five institutions, we found that a total of 21 were MBA holders. 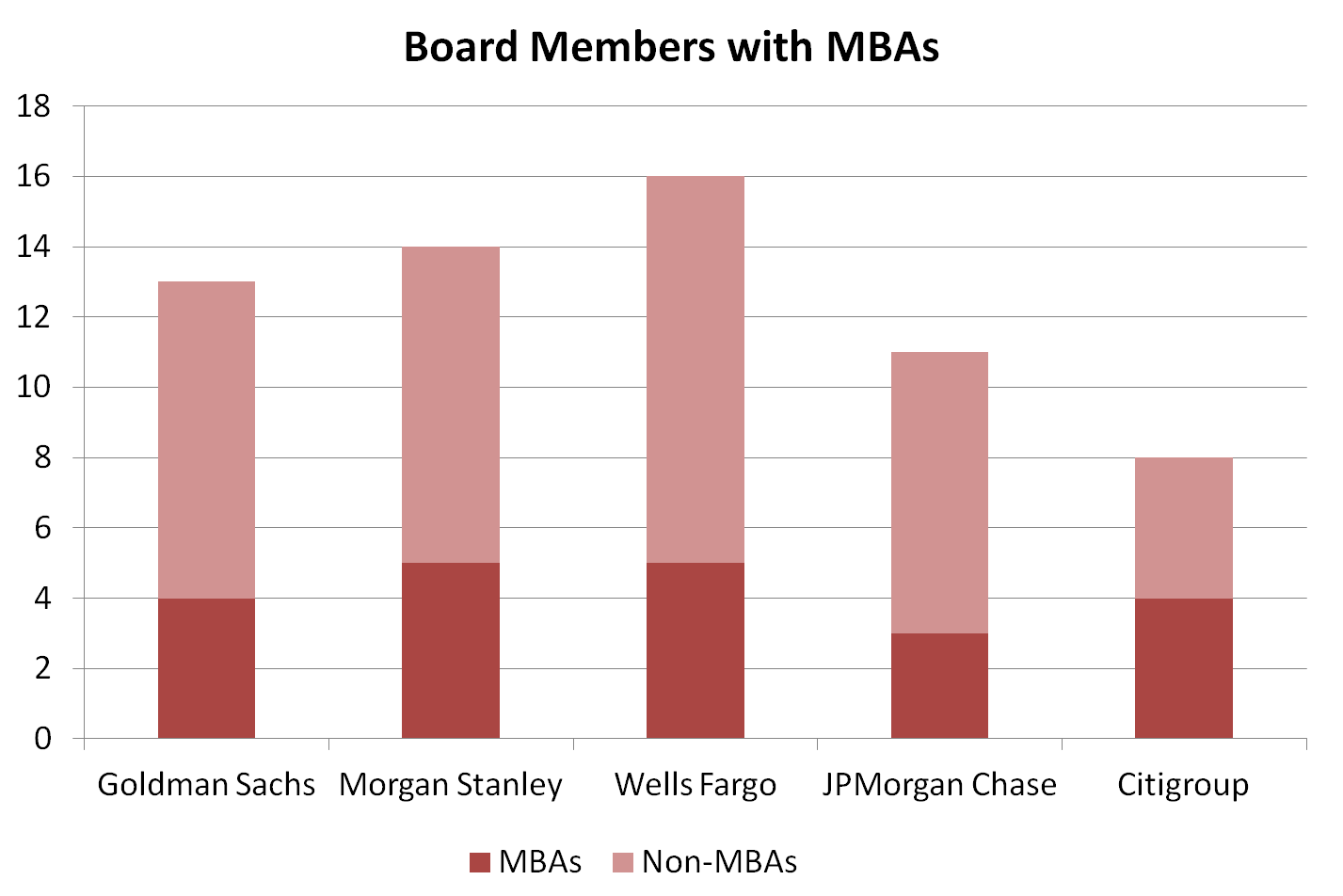