B-School Chart of the Week: Just How Nerdy Is the Sloan Sports Analytics Conference?

The nerd/geek label seems, by today’s standards, a fairly imprecise one, perhaps to the chagrin of analysis-minded nerds/geeks themselves. Case in point: the not-so-easily-pigeonholed attendees of MIT Sloan’s sixth annual Sports Analytics Conference, which was held at the beginning of March. Deadspin fortunately compiled a handy ethnographic survey to make sense of this gathering of “nerds.” With an exacting margin of error of merely 13%, a representative cross-section of conference participants were questioned (including Nate Silver, whose response naturally included a decimal point), in an attempt to find out just what sort of people are drawn to the event.

The findings? Although classic high school stereotypes may have been few and far between (almost half reported that they were “less nerdy” than the average conference attendee), Deadspin noted the prevalence of a very different breed of nerd: business school nerds, who, while perhaps not analysts themselves, hire analysts: “The word ‘nerd’ is a brand now and that is horrifying.” 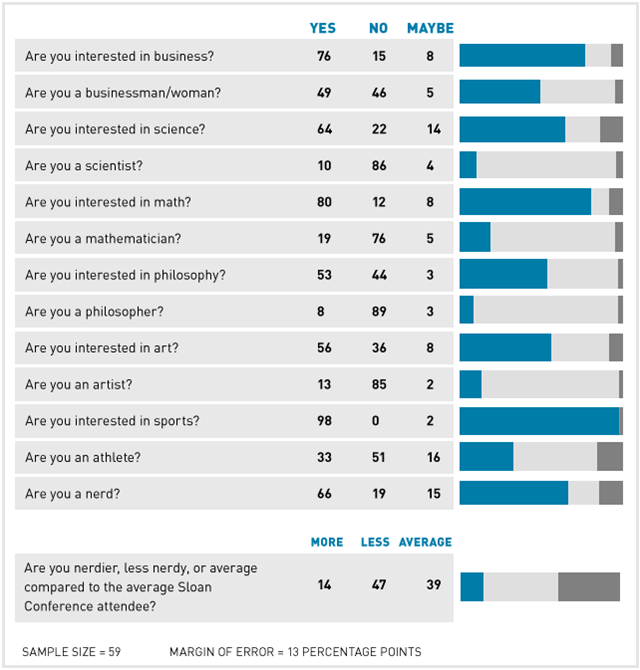 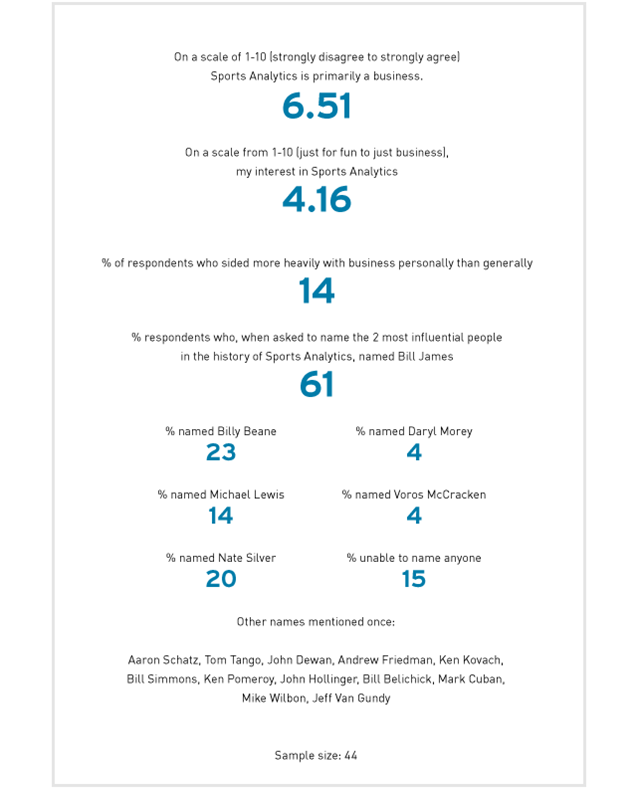