Many MBA applicants feel that they are purchasing a brand, but the educational experience itself is what is crucial to your future, and no one will affect your education more than your professors. Each Wednesday, we profile a standout professor as identified by students. Today, we profile Kristin Forbes from the MIT Sloan School of Management. 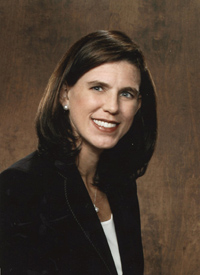 Kristin Forbes (“Applied Macro and International Economics” and “Global Economic Challenges and Opportunities”) was chosen by students to receive the Teacher of the Year award in 2009 (as she also was in 2001); she also received the Excellence in Teaching award in 2010, 2007 and 2006 and the Jamieson Prize for History of Excellence in Teaching at MIT in 2008. Forbes rotates her career between academia and the government, which, according to those we interviewed, gives her “endless credibility” in students’ eyes. Other comments students made to mbaMission about Forbes included “[she has] high levels of enthusiasm and knowledge,” “she makes every class an interesting class” and “[she] made one of my not-so favorite topics extremely interesting and rewarding.” Forbes also garners praise for how rigorous her classes are and her ability to make class discussions inspiring. Claimed one second-year student in particular, “Whenever I walked out [of her class], all I could say was, ‘Wow, this was awesome.’”

For more information about the MIT Sloan School of Management and 15 other top-ranked MBA schools, check out the mbaMission Insider’s Guides.