Many MBA applicants feel that they are purchasing a brand when they select a business school, but the educational experience itself is crucial to your future, and no one will affect your education more than your professors. Each Wednesday, we profile a standout professor as identified by students. Today, we profile Vijay Govindarajan from the Tuck School of Business at Dartmouth College. 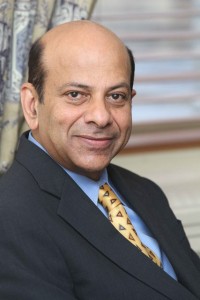 Vijay Govindarajan (“Implementing Strategy: Management Control Systems”), affectionately known by students at the Tuck School of Business as simply “VG,” has been cited by Bloomberg Businessweek, Forbes, and The London Times as a top-ten strategy professor. His research focus includes global strategy, strategic innovation, strategy execution, and strategic controls. VG has been a consultant to several well-known companies, including Walmart, FedEx and Microsoft, and in 2008, he served as chief innovation consultant to General Electric. An alumnus told mbaMission, “VG’s class is great, and the cases have been interesting. Most of the cases are about manufacturing companies; however, they are not boring at all. He’s a great speaker and great lecturer.”

A recent graduate described Govindarajan’s classroom style to mbaMission by saying, “VG maintains a balance between lecture and class participation. He never cold-calls because he believes that students will be prepared. He doesn’t want students to comment for the sake of commenting and wants people to say something meaningful, which might be different from the approach at other schools.” Another alumnus shared that VG often brings great speakers to class, noting that his 2008–2009 speaker roster included Jeff Immelt, General Electric’s CEO and chairman of the board.

For more information about Dartmouth Tuck and 15 other top-ranked MBA schools, check out the mbaMission Insider’s Guides.