Many MBA applicants feel that they are purchasing a brand when they choose a business school to attend, but the educational experience itself is crucial to your future, and no one will affect your education more than your professors. Each Wednesday, we profile a standout professor as identified by students. Today, we profile Sharon Oster from the Yale School of Management. 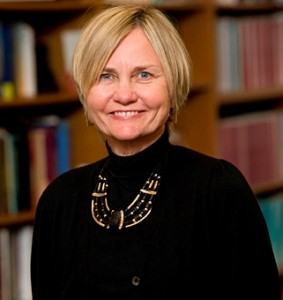 A second-year student mbaMission interviewed at the Yale School of Management (SOM) remarked that Sharon Oster (“Basics of Economics” & “Non-Profit Management”) “loves teaching almost more than being dean!” Oster is the Frederic D. Wolfe Professor of Management and Entrepreneurship and teaches “Basics of Economics,” part of the school’s first-year core—for a while giving everyone, as one second year told mbaMission, “a chance to get cold-called by their dean!” Oster’s expertise lies in economics and nonprofit management. She is the author of several widely used business school textbooks, including Modern Competitive Analysis (Oxford University Press, third edition, 1999), and has co-authored introductory economics texts such as Principles of Microeconomics (with Karl E. Case and Ray C. Fair; Prentice Hall, tenth edition, 2011) and Principles of Economics (with Karl E. Case and Ray C. Fair; Prentice Hall, tenth edition, 2011). In addition, Oster is an expert in nonprofit management. Her text Strategic Management for Nonprofit Organizations: Theory and Cases (Oxford University Press, 1995) is used in the SOM course “Non-Profit Management,” which a second year described to mbaMission as “always heavily oversubscribed.”

For more information about the Yale SOM and 14 other top-ranked business schools, check out the mbaMission Insider’s Guides.